Routing from Malta to Portugal

Our boat is far away from being ready but this doesn’t stop us to plan the route away from Malta. We are eager to leave as soon as possible, so we could actually start sailing. Also getting things done tend to take more time here, as the Mediterranean vibe seem to prefer leisure over work anytime.

At the moment we are thinking of sailing to Portugal and hoist the sails as soon as the rudder bearing has been fixed. There are different options of routes from Malta to Gibraltar. Route A would be to sail as straight as possible, maybe a stop in Tunis and another one in Cagliari, Sardinia and then straight to Southern Spain and Gibraltar. Route B would have more stops – Sicily, Sardinia, Balearic Islands Menorca, Mallorca, Ibiza and then straight to Gibraltar. Route C would be more inshore sailing with lots of stops on the beautiful Med – from South-West of Italy to South of France, Spain and then through Gibraltar towards Portugal.

Every route has its own pros and cons. Aiming straight to Gibraltar would mean that we’ll arrive there probably more early and it would be cool to see Africa in Tunis. Then again at this time of year it would mean sailing against the current pressing in from the Atlantic which can reach up to 2 knots near the African coast. In addition it would mean longer time sailing without stopping. Normally it would be fine but we’d prefer some shorter tests for the boat and also the crew before doing over 500nm passages.

Doing some coastal sailing in Italy-France-Spain with plenty of stops in marinas here and there would be a real Mediterranean vacation consuming the local culture and food. The current would be from the back and the passages just as long as we like. On the other hand it would take ages and, to be really honest, we are over the budget for the harbor fees in Med and… well, quite done with this culture for a while as well.

So, to wrap it up, looks like the golden middle path is the best one at the moment – a bit of inshore and offshore. Shorter passages at Balearic Islands and longer ones to get there and to reach Gibraltar. 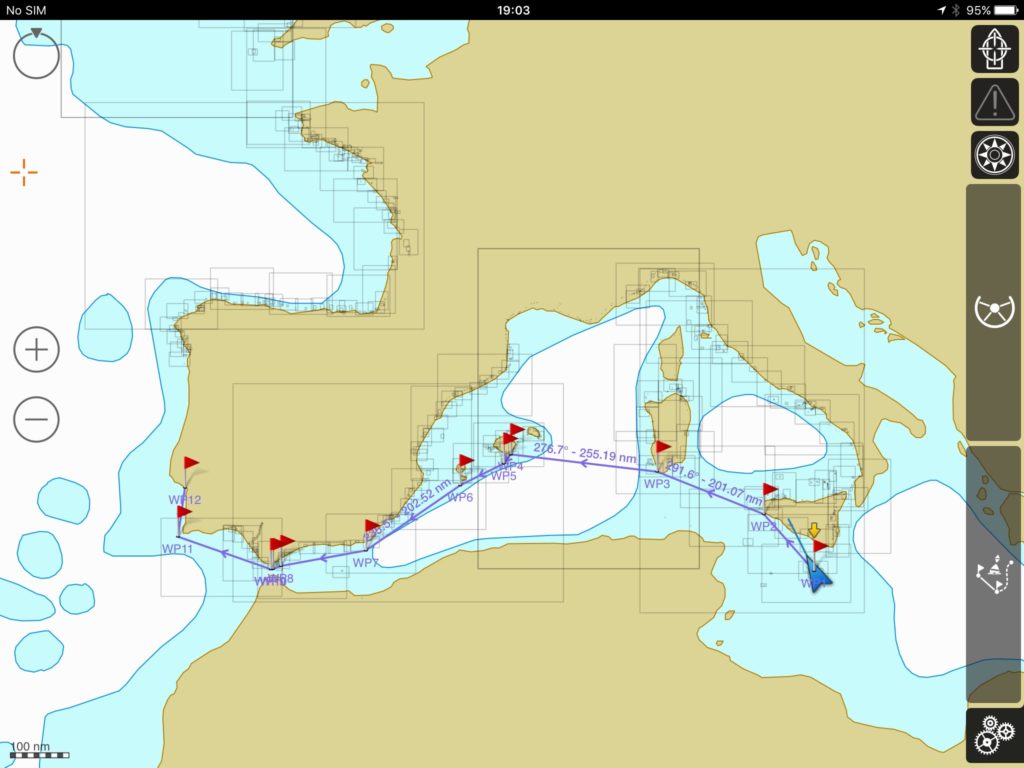