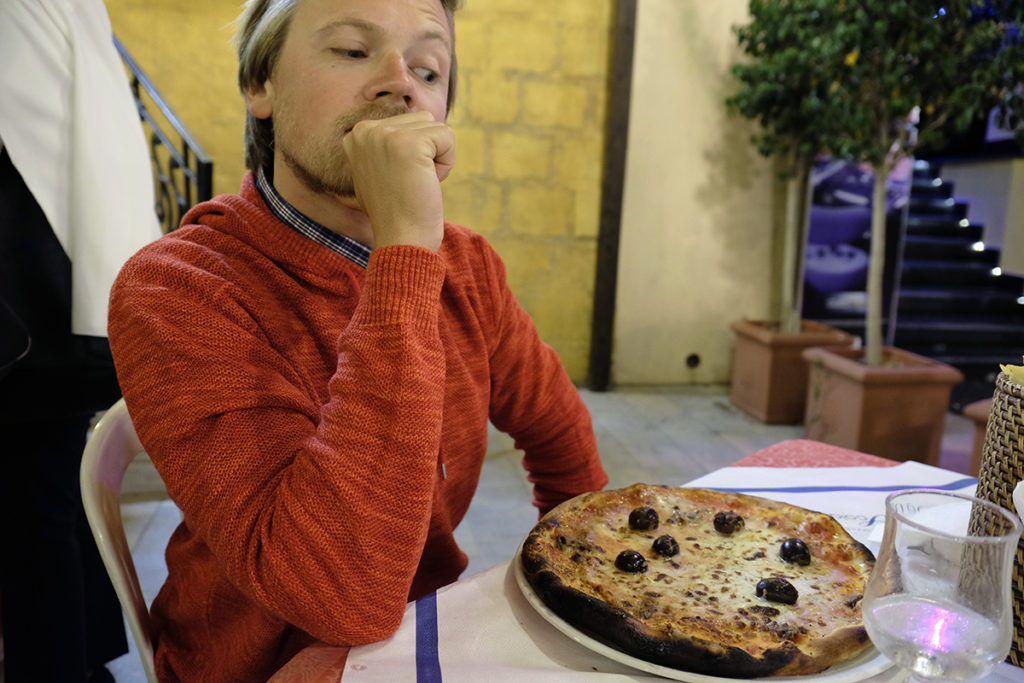 Sicily is nice. Much nicer than I thought actually. The nature, people and towns. The same day after arriving we ended up in an art exhibition and felt like humans again. I even got a new sexy haircut for ten euros an la vita est belle.

We planned to leave towards Trapani the next day to make a passage to Sardinia, but after a few boats came back to the marina because of the rough seas, we decided to stay in Mazara for a couple of extra days, consume their WiFi as much as possible and do some computer work. This is not a race. That’s what I’m telling myself all the time. Martin, this is not a race, there is not going to be a preparation signal. So, take it easy, Pöial-Liisi.

You would hear it from every guy who has done some longer offshore sailing. Storm is not an issue, the time when there’s no wind you would need to be careful. Or the time when you are stuck in a small marina for days. This calls for a real good amount of self-discipline. Will you start consuming pizzas and drinking beer time to time? Watching Game of Thrones season-by-season and getting busy with overthinking? Or will you use the time to read educational literature, take care of your body and do some jogging and strength exercises? As much as I would like to be the latter, I’m still falling into the pizza category. And this is not good. It feels good in the beginning though. Add a little bit of overthinking to the sauce and you start to feel like a rebel without a cause.

Now, when rethinking and reflecting, I’m suggesting for you and myself to prepare a specific daily schedule for days like these. And do it beforehand. Before leaving the marina. Determine the time to wake up, routine eating times, working periods with specific goals for each day, physical activity and just some time to chill as well. And of course, once in Rome, as they say – a pizza every now and then is OK too. Another lesson learned.